A push notification is the message that pops up on your mobile iOS or Android, and sometimes on your desktop or a web browser.  It’s often used by application publishers and authors to notify the end-user’s device about certain event.

It looks like SMS text message and local mobile alerts, but they are application oriented only appears to the user who use the application.

Users can stop any push notification anytime from their mobile settings in the notifications section. However, they are essential for many applications so the user should be selective when selecting the app.

Push technology (server push) are a technical term for internet-based communication that occurs when a server notifies the client about a certain transaction (notification). 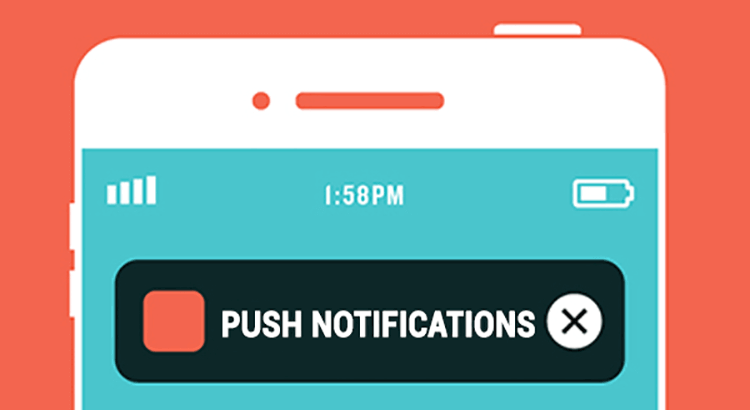 If you are using iPhone or iPad, you are most likely to be getting your push notification through Apple Push Notification Service (APNs) which is created, managed by Apple.

Both Apple and Google push notification services are proprietary and commercial  services.

Therefor, in this article we will list open-source free push notification servers and tools for developers who want to use open-source tools for better control which also will ensure privacy and lower cost.

Pushkin is a free open-source tool for sending push notification. It’s built with Python and no longer maintained, However, it is still popular among developers as it was forked and used in dozens of projects several times.

Pushy is built as a template for push notification for Apple Push Notification (APNs) Server with full Swift support. Though, it didn’t have any update for 3 years, it’s a good template for iOS developers.

It’s supported and packed by hundreds of developers.

This project is formed of a client and server which you can get both for free as open-source projects.   The project is also available as free version at F-Droid application store.

The project didn’t get any update for years, but it’s fairly stable.

Push.js is a desktop push notification framework which comes with full support for ES2015, and rich ecosystem.  It also supports third-party plugins and integration as it also the best open-source desktop notification solution for node.js and electron applications.

Push.js is easy to implement and use with few steps. Its functionalities can be also extended through plugins like Firebase Cloud Messaging plugin. Developers also can create their own custom plugin thanks to a simple production-aware API Push offers.

Above all, It’s easy to install, configure, maintain and extend.

This is the most popular open-source project in this list among developers as it has a large supportive community and about 25 contributors.

It works on Windows servers, Linux servers, as well as it provides a fully functional docker image.

It’s a self-hosted server, you can install it at your server and integrate it with your projects.

Iris requires emqttd server to be installed first to be able to use the messaging service.

OpenPush is an open-source self-hosted replacement for Android Push notification service which is a proprietary messaging service.  Note that it’s still in development.

PushBits is a relay push notification server which deliver the messages based on Matrix network. It uses Gotify for sending messages and receiving clients  for mobile devices.

It’s a new project so expect new functionalities to be added in the near future.

Simple web push notification is a simple yet powerful implementation for web notification with JavaScript. It can be used for web applications with adding just one file with no external dependencies.

It works with all browsers with desktop supported notification API.

WebPush is a web PHP-based push notification system which uses Web Push protocol. It can be added and implemented with PHP application with ease. However, it only supports PHP 7 and later.

This is yet another web push notification service, we can say it’s the counterpart for WebPush (PHP) but within JavaScript. But we have to say it comes as rescuer and a replacement project to projects which use the legacy Google Cloud Messaging API.

TranIt.Co Comments - Leave your comment or ask a question

5 curated frontend UI kits for your next web app

Full-time Developer to Freelancer: Should You Make the Switch?

5 curated frontend UI kits for your next web app

Full-time Developer to Freelancer: Should You Make the Switch?

Thank you for subscribing.

we respect your privacy and take protecting it seriously