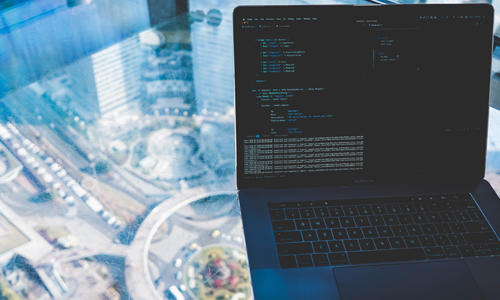 JavaScript is a single-threaded programming language which means only one thing can happen at a time. That is, the JavaScript engine can only process one statement at a time in a single thread.

While the single-threaded languages simplify writing code because you don’t have to worry about the concurrency issues, this also means you can’t perform long operations such as network access without blocking the main thread.

Imagine requesting some data from an API. Depending upon the situation the server might take some time to process the request while blocking the main thread making the web page unresponsive.

While it’s not necessary that you learn all these concepts to be an awesome JavaScript developer, it’s helpful to know 🙂

So without further ado, Let’s get started 🙂

Tip: Using Bit you can turn any JS code into an API you can share, use and sync across projects and apps to build faster and reuse more code. Give it a try.

How Does Synchronous JavaScript Work?

To understand how the above code executes inside the JavaScript engine, we have to understand the concept of the execution context and the call stack (also known as execution stack).

An Execution Context is an abstract concept of an environment where the JavaScript code is evaluated and executed. Whenever any code is run in JavaScript, it’s run inside an execution context.

The call stack as its name implies is a stack with a LIFO (Last in, First out) structure, which is used to store all the execution context created during the code execution.

JavaScript has a single call stack because it’s a single-threaded programming language. The call stack has a LIFO structure which means that the items can be added or removed from the top of the stack only.

Let’s get back to the above code snippet and try to understand how the code executes inside the JavaScript engine.

console.log(‘The End’) is pushed to the top of the stack and removed when it finishes. After it, the first() function completes, so it’s removed from the stack.

The program completes its execution at this point, so the global execution context(main()) is popped off from the stack.

How Does Asynchronous JavaScript Work?

Let’s suppose we are doing an image processing or a network request in a synchronous way. For example:

Doing image processing and network request takes time. So when processImage() function is called, it’s going to take some time depending on the size of the image.

When the processImage() function completes, it’s removed from the stack. After that the networkRequest() function is called and pushed to the stack. Again it’s also going to take some time to finish execution.

So you see, we have to wait until the function (such as processImage() or networkRequest()) has finished. This means these functions are blocking the call stack or main thread. So we can’t perform any other operation while the above code is executing which is not ideal.

So what’s the solution?

Here I have used setTimeout method to simulate the network request. Please keep in mind that the setTimeout is not a part of the JavaScript engine, it’s a part of something known as web APIs (in browsers) and C/C++ APIs (in node.js).

To understand how this code is executed we have to understand a few more concepts such event loop and the callback queue (also known as task queue or the message queue).

Now let’s get back to the above code and see how it’s executed in an asynchronous way.

Next setTimeout() function is called, so it’s pushed to the top of the stack. The setTimeout() has two arguments: 1) callback and 2) time in milliseconds (ms).

Meanwhile, the timer has expired, now the callback is pushed to the message queue. But the callback is not immediately executed, and that’s where the event loop kicks in.

In this case, the message queue contains one callback, and the call stack is empty at this point. So the Event loop pushes the callback to the top of the stack.

After that the console.log(‘Async Code’) is pushed to the top of the stack, executed and popped off from the stack. At this point, the callback has finished so it’s removed from the stack and the program finally finishes.

The Message queue also contains the callbacks from the DOM events such as click events and keyboard events. For example:

In case of DOM events, the event listener sits in the web APIs environment waiting for a certain event (click event in this case) to happen, and when that event happens, then the callback function is placed in the message queue waiting to be executed.

Again the event loop checks if the call stack is empty and pushes the event callback to the stack if it’s empty and the callback is executed.

We have learned how the asynchronous callbacks and DOM events are executed which uses the message queue to store all the callbacks waiting to be executed.

We can see that the promise is executed before the setTimeout, because promise response are stored inside the micro-task queue which has a higher priority than the message queue.

Let’s take another example, this time with two promises and two setTimeout. For example:

We can see that the two promises are executed before the callbacks in the setTimeout because the event loop prioritizes the tasks in micro-task queue over the tasks in message queue/task queue.

So we have learned how asynchronous JavaScript works and other concepts such as call stack, event loop, message queue/task queue and job queue/micro-task queue which together make the JavaScript runtime environment. While it’s not necessary that you learn all these concepts to be an awesome JavaScript developer, but it’s helpful to know these concepts 🙂